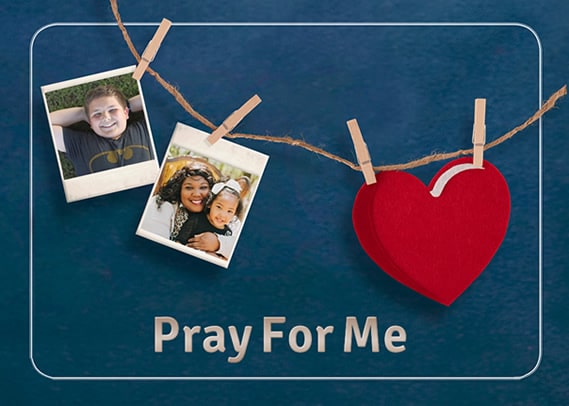 Finding Joy in the Journey

Starla works her days as a shift leader at the local Mazzio’s Pizza in small-town Skiatook, but there was a time she could not envision such a positive outlook for her future. Once viewing herself as broken and without hope, the 28-year-old grew up 20 minutes away at Baptist Children’s Home, Owasso, where she lived from age 10 until she left on her eighteenth birthday. Her experience today leading others at a pizza parlor serves as a reminder and culmination of the strength she gained during her adolescent years at Oklahoma Baptist Homes for Children.

Starla grew up with her mom, dad and three siblings, but her innocent childhood slowly took a bad turn when darkness in her family began to uncover a hidden secret. When Starla was seven years old, her half-brother, who was six years older, began sexually abusing her. It was then, her world began to turn upside down. “At that age, it was just really hard to process what was happening to me.” The abuse continued for a couple of years before Starla finally told her parents. Starla’s half-brother was sent to live at a behavioral health facility, and DHS removed Starla and her two other siblings from the house. Their parents were not allowed to have contact with them for some time while the abuse was investigated.

At 10 years old, Starla was angry. Separated from her parents and dealing with a nightmare, it took a long time before she began feeling comfortable enough to trust others. Immediately after arriving on campus, she clung closely to her older sister and younger brother. When they weren’t around, she always stuck close to the adults there, rather than other children her age. “I trusted adults more because it was a kid who hurt me. It took me about a year before I started to feel comfortable around other children.” Over time, Starla become independent enough to begin trusting other children. Starla eventually grew to appreciate the environment Baptist Children’s Home offered. “Going there allowed me to become more of a normal child. They also helped me process everything that had happened to me.”

Starla’s spiritual awakening came after she began trusting others and allowing them to comfort her pain. Her first houseparents were influential in her life as they helped Starla on her path to healing. They showed Starla the love and acceptance she needed in order to move forward in a positive direction. For the first two years after arriving on campus, God used their example and Starla began to recognize God at work in her life. “In my mind I was damaged, but once I began to realize God looked at me as his perfect child, it helped me know God was someone I could count on.” After living on campus for two years, Starla accepted Christ in her life.

“They told me my past doesn’t have to define me.”

After staying at a shelter for two weeks, Starla’s older sister was given the choice to go into foster care or move together with her other two siblings to Baptist Children’s Home. “My sister had to grow up really quickly. She was just a kid herself, but to have the responsibility of deciding what was best for all of us really weighed on her.” She ultimately decided moving to Baptist Children’s Home was the best option.

Another set of houseparents spoke encouragement and purpose into her future as Starla got older. “They told me my past doesn’t have to define me.” Starla took that advice to heart and began focusing on her future. Desiring to reconnect with her family once again, Starla decided to move back home on her eighteenth birthday to live with her parents while she finished her senior year of high school. It was an adjustment living with her parents again after such a long time apart, but Starla was grateful being with them again. After graduating, Starla considered college, but instead entered the work force to begin her career in the restaurant industry.

While Starla still at times struggles with her past, she allows her faith to help her overcome the obstacles she faces as an adult. She also uses the support system around her for encouragement. Starla turned her stronger, more determined, persistent attitude and growing faith into a workplace success. Those lessons she learned at Baptist Children’s Home have molded her leadership skills as she worked her way up to become a leader at work and uses her resilience to influence those around her. Through endurance and lessons learned along the way, Starla is thriving and has reached a place where she experiences healing, restoration, hope and trust in others. What is most admirable about Starla is her newfound strength. “What happened to me is terrible, but it’s just a small portion of my story. I will not be this hurt, fragile child, but instead chose to become a strong, independent woman who can handle anything.”

As for her childhood, Starla hasn’t forgotten her roots, as she returns to Baptist Children’s Home every year to volunteer at the Drive-Thru Christmas Pageant, giving back to the same campus which poured into her. “Because of Baptist Children’s Home, I was able to heal and have a better life. Getting through pain is hard, but when I came out on the other side, my future is much brighter. I won when I did not let it define my life and who I was going to be.”