Each year in early December, the residents and staff at the Owasso campus of the Baptist Children's Home "gear up" for their presentation of the Christmas story on the grounds of the children's home.

Jesus said: "I am the light of the world; he who follows me shall not walk in the darkness, but shall have the light of life." John 8:12

Each of the scenes have two teams of actors that remain at the scene for 30 minutes at a time, representing various biblical characters. When the first team's half hour ends, they are able to go inside to a refreshment center while the second group of actors man the scenes. Each of the centers have hot chocolate, cookies and goodies of every sort to "refuel" the teams before they return to the scenes for their second set. Biblical costumes typically hide long underwear, sweat shirts and pants, along with gloves and winter hats - as the weather requires.

We would like to thank all of the volunteers and the community of Owasso for supporting the Christmas Pageant each year. 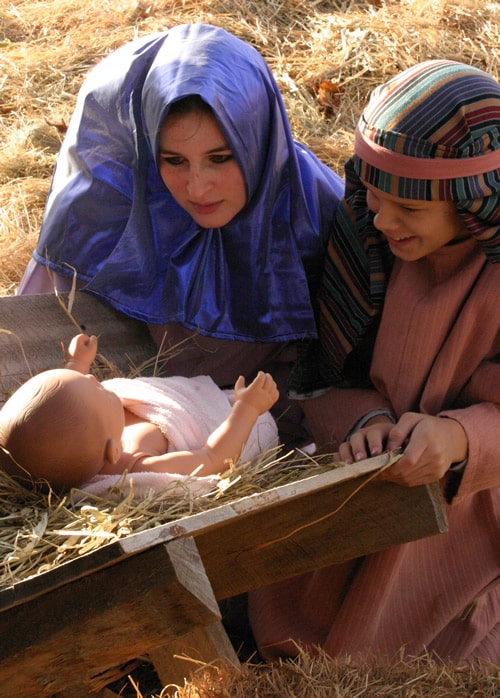 Inclement Weather?
If you have questions about the weather, please call 918-272-2233 for a recorded message to see if that night's pageant is cancelled. The decision will be made by 5:30 pm each evening.

You may want to download the soundtrack, save it on your MP3 player and bring it with you as you drive around the pageant! (This is not a requirement, as we will have plenty of audio devices available for everyone.)

INSTRUCTIONS: Right-click the icon and choose "Save target/link (or file) as...". (Save the file with your music files, then upload to your MP3 player.)

Or just use your phone's camera or code reader to scan the QR code!